Have these notes been played before?
Have these – my wants – been known?
Not like this.

Trane’s Favorite Things made me love things
I hadn’t yet found.

As does every Spring day
And every new, old light.

Posted by Kirby Obsidian at 10:00 PM No comments:

I’ve been watching old movies. On Youtube and from the library.

One of the best things about old movies is that they can come from a totally different cultural frame of mind than what we’re used to.

I try to see a movie with no knowledge of what it’s about, so that it catches me totally unaware of the themes and plots to come. So when I’m watching something from the 30s through 80s, the jumps and twists can really seem to come out of the blue, and the insights and blind spots can be surprising. 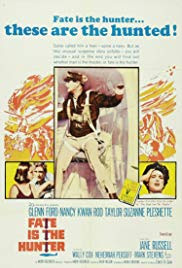 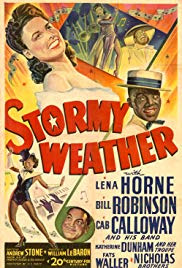 The film I’m watching tonight is called “Fate is the Hunter”, and it’s particularly timely, and surprisingly close to today’s social realities in several ways, considering it’s from 1964. Totally unexpected.

Other recent films that took me to a different place, or showed me a different perspective were the following. Maybe in some other post I’ll offer reviews. But this time around, all you get are the titles.

Posted by Kirby Obsidian at 7:17 PM No comments:

A Paradox In Housing

When I was housing young adults in Toronto a few years ago, I got direct lessons in community and in human social development.

There are substantial differences between the young adult homeless – from 16 and 17 up into their late twenties – and those into their thirties and beyond. The older homeless are often very isolated. Some will have regular, supportive contacts with others, but a great many of them are completely alone, and contact with others is entirely incidental.

The younger population is more communal. They often congregate in groups or form informal street families, and these often develop into de facto networks. Even the youth who are relative loners often remain in orbit around some group of age mates, rather than living in the complete isolation in which their elders find themselves. The youth often have phones, and many have email addresses that they use regularly. And while the older homeless may be found sleeping alone in their doorways, bus shelters and parks, or huddled in corners of all-night coffee shops, younger adults tend to congregate together, sharing sleeping bags, abandoned buildings or other encampments.

In fact, the younger homeless often share their food, their money, their connections and knowledge of resources, their drink and drugs. Even their pairing up sexually and romantically sometimes has a rotational quality. While their elders exist in a near absence of community, the young are likely to create their own communities. And while the elders may participate in the flow of sociability that exists in the shelters and drop-ins and encampments, they don’t necessarily experience this as community. The young seek out belonging, and more explicit about their cliques, clans and ‘families’. These are generalities, not rules, but they reflect a reality of homelessness.

And I don’t argue that these communities are always good or healthy. The drug and alcohol sharing too often leads to or exacerbates alcoholism and addiction. Theft, violence, sexual assault and horrendous bullying are too common among them. And the pressure of peer culture sometimes vetos healthier motivations to seek or use community resources. I even think it’s fair to say that the ugliness that can fester in these communities sometimes contributes to the mental health deterioration and the self-imposed isolation of their members as they grow older.

But even with all this, the urge toward community, sharing and interdependence is a healthy one. The informal alliances that develop generate powerful acts of friendship, support and sacrifice. Some survive the streets largely because of the alliances formed within their street families, rather than despite them.

So one of the most confounding things I experienced when housing ‘youth’, was the need to repress the natural communities they had formed, so that they would survive in housing. Because, one of the things that automatically followed the housing of these connected youth, was that they brought their friends with them. It wasn’t unusual, a week after a housing event, to visit a bachelor apartment and find a half dozen or more bodies spread out over the floors. And that meant that landlord complaints were sure to follow.

The management would begin to hear from neighbors about all-hours comings and goings, about noise, about loitering and littering in the halls and stairwells, sometimes about bodies climbing in and out of windows. And if it wasn’t quickly contained, an eviction notice could follow.

Thus, a part of the preparation for housing became discussing the major shift in community that was involved. If they wanted to reenter the more settled world of householders, they had to appreciate that it came with doors and walls, with locks and leases, and depended on the tolerance of neighbors to whom ideas like community and family had very different meanings.

“You can have a friend on the couch now and then, but you can’t have three on the floor for a week,” I told them. “As much as an open door is a beautiful and loving thing. As much as it reflects the kind of sharing spirit we ought to have more of in this society, if you want to stay housed, you’ll have to learn to send your friends away.”
That message went out to the friends and family being turned away, as well. I told them that they could support their friend by not shouting up to their third floor apartment at 2am because it was raining, and by not sneaking into the building and camping out in the laundry room. You showed support for your street brother or sister by allowing them to have their walls and door and lock, then seeking out your own.

It was, and it is a necessary message. Society is one thing. Community is another. And the two don’t always meet. I wish that in my job I’d been able to help create more communal spaces for living. I believe it’s an idea for these times. Especially now, when so many cannot afford the individual space surrounded by walls that we’ve all been taught to crave. And when so many others find such a space, then suffocate from the isolation and loneliness it brings.

Over the years, watching community emerge among the groups of homeless youth I’ve worked with, I’ve been moved to admiration and respect. There is great resilience in human beings, and a natural talent for generating that which is needed to survive and thrive. It’s so incredible that young people, who are on the streets because they have experienced some failure of community elsewhere, automatically seek to re-create it wherever they can. This is a gift that ought to be recognized and nurtured, and as a society, we ought to be creating the models, programs and the social conditions to do just that.

Posted by Kirby Obsidian at 9:18 AM No comments: